This is not an apples to apples comparison. One batch was taken with an M8 (which was not a full-frame camera) and an old Noctilux, two batches were taken with an M9 (full-frame), but with a Nokton and then with a Noctilux f/0.95. Most, not all, of the pictures were taken at the National Cathedral in Washington, but the first two sessions were taken on a cloudy day, and the new Noctilux pictures were taken on a bright and sunny day, and with an ND filter. Still, you can get a sense of the magic of all three lenses. I love them all, but the new Nocti can't be beat.

The story is I had a Noctilux, traded it in. Then I bought a Nokton. But I traded it, and a batch of other lenses, in order to get the Noctilux f/0.95.

Not a perfect comparison, but should give a sense of the character of each. JB 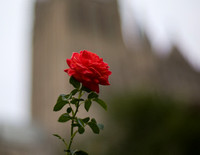 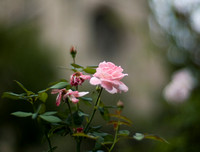